On 17 July 2022 in Whitton, Twickenham, Laura and Tony opened up their garden to family and friends to raise money for London’s Air Ambulance Charity.

This is the first time anyone has ever supported our charity through a garden viewing. The garden was open from 10:30am to 5pm, with cold beverages, a raffle and ample photo opportunities on offer throughout the day.

Laura, the genius behind the garden, said: “Over the years, we’ve done this for all sorts of charities, but this was one of the ones that raised the most! It was a brilliant day.”

Thirty two people visited Laura’s handiwork during the sunny day, which so far has raised over £350. 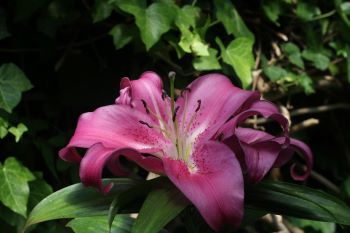 “We chose London’s Air Ambulance Charity after a lovely lady visited our cul-de-sac trying to raise money with a collection bucket. Our garden has helped us through some hard times, it’s so nice being able to use it to help others.”

Our CEO, Jonathan Jenkins, visited Laura’s garden a month before the event. Jonathan said: “It was an absolute pleasure to visit Laura and Tony’s garden, and wonderful to see such a creative fundraising event. The work that had gone into the garden was evident and I, on behalf of all at London’s Air Ambulance Charity, am so grateful for their efforts.

“Visiting the communities that support our charity is one of the highlights of my role.”

With challenging weather and intense sunny dry spells, it was a tricky year of preparation. “The garden wasn’t as pristine as I had hoped for, but everyone said lovely things,” said Laura. “I’m absolutely over the moon with how the day went.”

Included in the garden is a beautiful old ash tree, which Laura has been told is over 120 years old. “There’s a preservation order on the tree and we were told its one of the best examples of an ash tree in the London Borough of Richmond.”

We’re so thankful to Laura and Tony for opening up their “labour of love” in order to fundraise for London’s Air Ambulance Charity. If you’re interested in fundraising for us, please do get in touch via [email protected]. 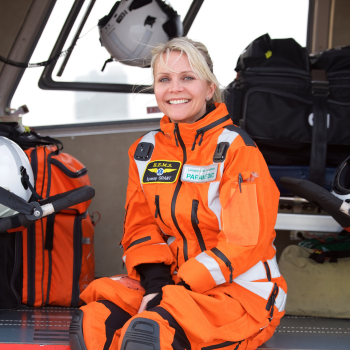