14 year old Scout, Conor Bailey, of Sidcup Scout Group, was set a challenge to fundraise for a charitable organisation of his choice to gain his Community Challenge Badge.  Conor decided to collect used stamps as they can be converted into money donations for London’s Air Ambulance.  Not content on doing things by halves, Conor enlisted the help of all his friends and family and collected a whopping 19,000 stamps. 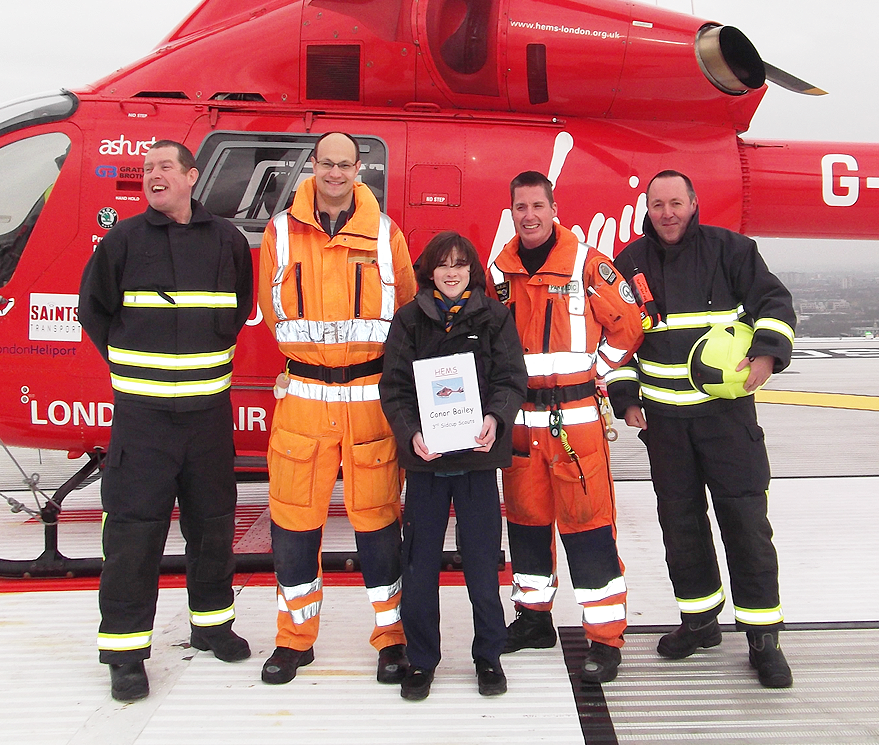 Conor said: “I chose London’s Air Ambulance because I thought that it was a worthwhile charity that survives only on donations and yet it can save people’s lives.”

As a thank you to Conor for all his hard work, he was invited on a trip to the helipad to deliver the stamps in person and meet the doctors, paramedics, pilots and fire crew on duty.  He was very excited to have his photo taken in the aircraft and to have experienced seeing the aircraft, with the team on board, being airborne in three minutes when they were called to an incident before his visit finished. 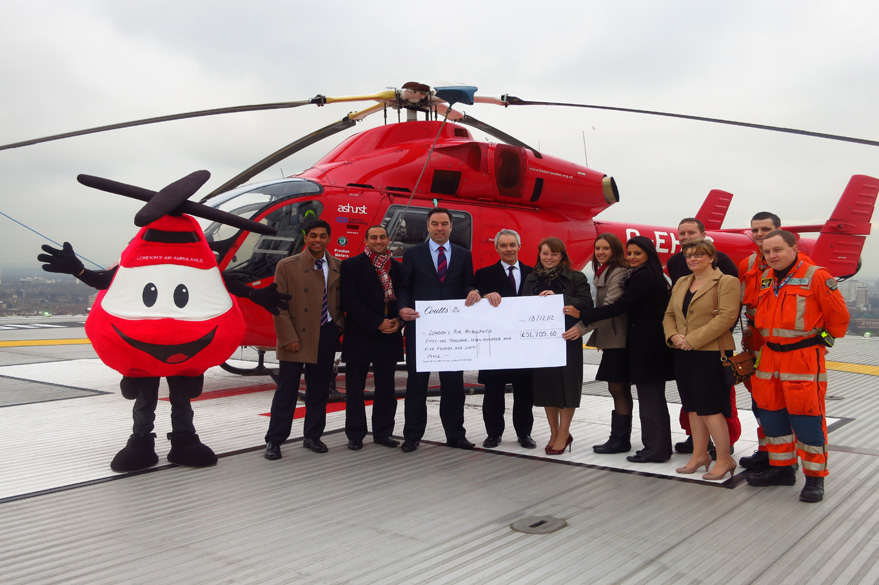 Coutts has exceeded its annual target of raising £50,000 for our charity, as their 2012 charity…