To celebrate National Volunteers’ Week, we’re sharing the stories of just a few of our volunteers and the difference that their time makes to our charity. Bucket collector, advocate and abseiler extraordinaire Ally explains why she was inspired to volunteer, and how she set out to help our service:

Why did you decide to volunteer for London’s Air Ambulance?

“I started volunteering for the charity in 2012 after a gentleman knocked on my door signing people up for the lottery. My father had been run over by a car a few years earlier, and I will never know if he would have made it if care had got to him faster.”

How do you volunteer for the charity?

“My first bucket collection was during National Air Ambulance Week a couple of weeks later, in a rainy Trafalgar Square. It was great fun. I've been collecting at train stations, supermarkets and football grounds ever since. 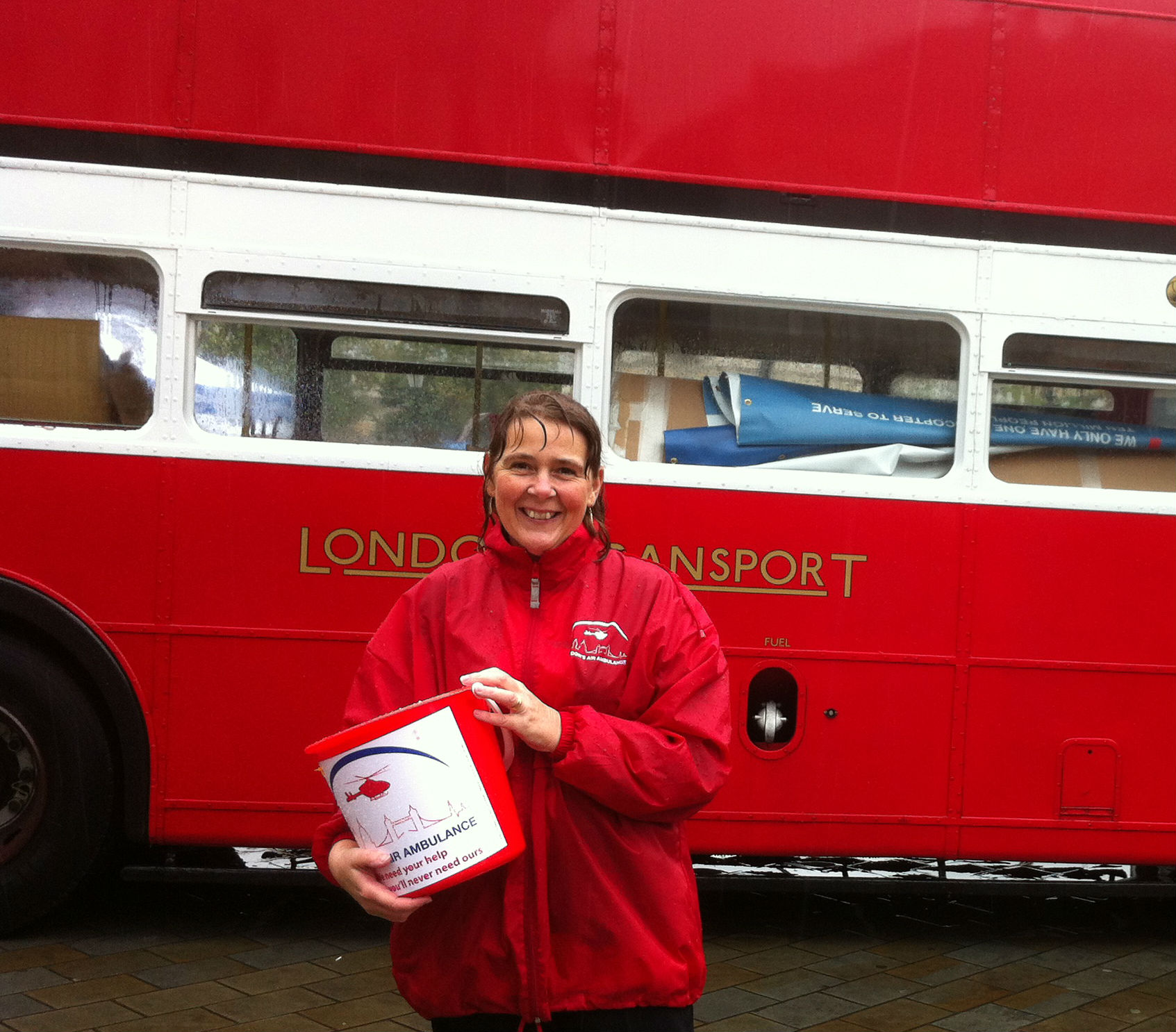 “I've also done a few sponsored events. My first abseil was also in 2012, in the City of London, and I've abseiled down The Royal London Hospital twice. I'm sure you have seen the photo of me on the abseil poster! I also ran the Vitality 10k in 2016 and persuaded Middlesex FA to adopt London’s Air Ambulance as their charity for the last 2 years. They’ve raised approximately £4,000 so far (the equivalent of two potentially life-saving missions).”

What’s your favourite thing about volunteering?

“When you are out and about collecting you always come across people who have been helped by the London’s Air Ambulance team. Their stories are very moving and rewarding. These patient stories make fundraising so worthwhile.”

If you’re feeling inspired by Ally, we would love for you to join our volunteering team. Find out more about the opportunities we have available.