Whilst training for RideLondon in 2016, Yair was knocked off his bike and run over by a passing car. With a severely crushed pelvis and intensive internal bleeding, London’s Air Ambulance was dispatched by air and by Yair’s side within 15 minutes. They administered Yair pain relief and prepared him for roadside balloon surgery in case required to control the internal bleeding. He was then airlifted to The Royal London Hospital. Yair’s patient story has further information on his injuries and recovery.

Yair had to undergo three complex surgeries to repair his fractured bones and crushed internal organs, several months of hospitalisation and various treatments and therapies. Now, in 2022, he is back on the bike, training for RideLondon once again.

The 100-mile cycle event will return on Sunday 29 May 2022 and is a unique opportunity to ride from Embankment to Tower Bridge on traffic-free roads through the heart of London and neighbouring Essex. 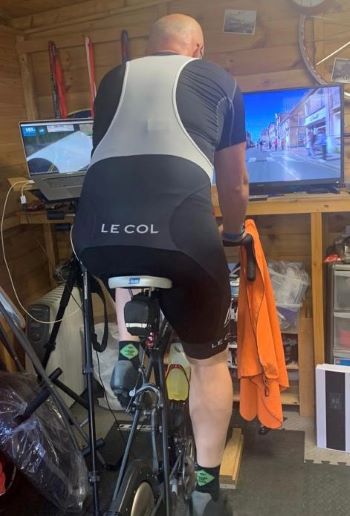 “One of the reasons I am doing this specific event is because it’s on closed roads. There’s less risk with no cars nearby, so my wife has approved it!”

“For the last six years my cycling has been mostly indoors. If I go outside I like to stick to off-road trails. My son (age 14) is also crazy about cycling and we found him a club in West London that has a closed circuit, so sometimes I do a couple of laps there too.”

Yair’s eldest child is not entirely happy about his participation in the event. “She was 10 at the time of the crash so she experienced the trauma a little more than the others,” described Yair. “But I have promised her I’ll be careful and I’ll stay at the back – I’m not fast anyway!”

A month after his accident in 2016, Yair was hoping to be back on the bike. Then when his hospital stay extended, he hoped it would be in 2017 he could participate again. “Then we realised that recovery and rehabilitation will take a very long time and that physically I wasn’t ready.

“It’s been a tough journey physically and there are life-long limitations due to the nature of the injury, including nerve damage. It’s hard to get on terms with the limitations I now have,” explained Yair. “I used to always take part in big riding events, so not being able to do so has been really frustrating. 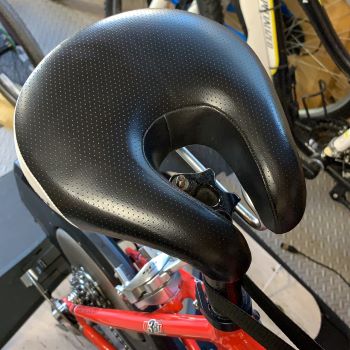 “I now have a special saddle I can use, as I have to be careful with my pelvis. But I can stand and freewheel and take breaks for snacks too.”

In preparation for the event, Yair has been ramping up on the indoor cycling to help his body get used to sitting on the bike for longer. The night before will see a dinner of pasta, and the morning of an early breakfast of oats, fruit and yogurt.

“A couple of weekends ago I tested myself and did 171km indoors. It took me seven and a half hours but I did it. I proved I can mentally handle being on the bike for that long.”

When asked to give advice to someone participating in a large cycling event for the first time, Yair said: “The most important thing is to just enjoy it… as well as get some fundraising done!

“My youngest daughter is currently collecting on our street every evening, knocking on the neighbours’ doors for donations!

“I haven’t done anything like this for seven years, so I definitely have some butterflies. But I am looking forward to it, and I just want to do something good for London’s Air Ambulance Charity.”

We are so thankful to Yair for his fundraising efforts and wish him all the best in his ride. If you’re inspired by his story of recovery, and are interested in riding for London’s Air Ambulance Charity, please register your interest today. 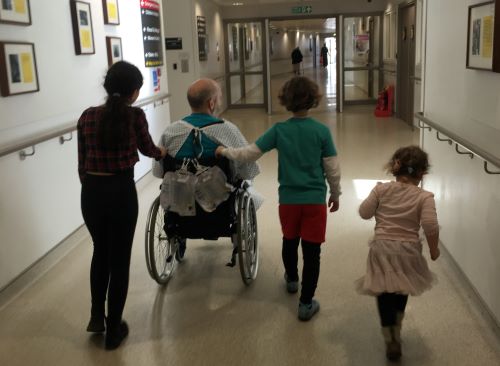